The next step is the third part of the series “The History of Android», which we will tell you about the range of Nexus, the fight against Apple and other interesting facts. The era is also characterized by the formation of Android products from companies such as Motorola, HTC and Samsung, which became the instrument of such a rapid spread of the system. In addition, this period was characterized by the struggle of Google’s first tablet of Apple, represented by iPad.

Before the advent of Nexus One Online walked a lot of rumors that Google is hard work on his new smart phone. For its time, the unit looked quite unusual. In particular, he stands out from the square, but quite popular Motorola Droid. It was a truly beautiful Android-smartphone. It was equipped with a 3.7-inch AMOLED-display with a resolution of 800 x 480 pixels, 8250 Snapdragon processor clocked at 1 GHz, 512 MB RAM with support for MicroSD-card, 1400 mAh battery and a 5-megapixel camera, which for the year 2010 it was not bad enough.

Nexus One also launched the beginning of a new era in the development of Android – a complete rejection of the various third-party shells launcher, no third-party operator of applications and so on. Only the stock Android. The objective of Nexus-line to show the users how to be a real Android-smartphone.

In addition, Google tried to change the way people buy gadgets. Google Nexus One sold only through online stores has been completely unlocked (had no reference to the operator). However, at the time a user has only one question: it’s still smart phone Google or HTC?

«If you look back , Nexus One to five years ahead of his time. Because it was not just a smartphone from Google, it was a new way of giving your phone to the market. You do not have to visit stores operator, you did not go to the retailers for shopping. Everything was realized online way … »

Nexus One has become historically the first smartphone from Google. However, the device itself has not received commercial success. The smartphone that was activated by a huge amount of time, did not become part of the line of Nexus. We are talking about the HTC Desire, which was almost identical Nexus One specifications and proprietary shell Sense UI. By the time the corporate slogan HTC «quetly brilliant» became the face of Android. Many have characterized the Android Sense, with its popular widgets hours – it was the beginning of the golden period of HTC. Unfortunately, the company is experiencing hard times.

In the US, mobile operators are looking for their “hero” to combat the iPhone, which was exclusive to AT & amp; T. The first thing catches the eye Motorola Droid, tied to Verizon. It was the first Android-smartphone based on Android 2.0 Eclair. Later Droid-line enriched with such smartphones as the Droid X by Motorola and Droid Incredible by HTC.

At the same time HTC decided to help and cellular operator Sprint, issued a joint EVO 4G and popular HD2 based on Windows Mobile. In those days EVO 4G has a huge 4.3-inch WVGA-display, it also was the first 4G-smartphone in the US, it supports WiMAX-network. All this is fueled by more and 8-megapixel camera with HD-video. EVO was also the first Android-smartphone, which received the update 2.2 Froyo, this was achieved through early access to updates, which received HTC using Nexus-program.

As you can see, HTC did in his time had a great value on the market. Thanks to the Android become so popular. And when today many “know” are trying to downplay the significance and role of HTC, we can not look at it without any disturbance. Yes, the company has problems, but it does not mean that now we have to Taiwanese in anything not to. We should at least be grateful to them for the time, for all that they have given to the market. So before you accuse Taiwanese in something, think about whether to do it.

In addition to HTC, the impact on the development of Android has and Samsung, in particular, in the United States due to different variations of Galaxy S: Captivate, Vibrant, Fascinate, and Epic 4G. 2010 was a year when Samsung gave the world the Galaxy S. This was not the first smartphone from Samsung based on Android, not the first Galaxy-line, but it was the first smartphone that could compete with the monsters of the time. Technology SuperAMOLED has become one of the key, as well as the processor Hummingbird, which was later renamed into Exynos.

In the US, each operator had their own versions of Galaxy S, so the user a choice: buy the Galaxy S Captivate (AT & amp; T), Vibrant (T-Mobile), Fascinate (Verizon) or Epic 4G (Sprint). Their main difference was the fact that Epic had physical QWERTY-keyboard, Fascinate had software from Microsoft’s Bing search engine by default.

The peculiarity of it is that the operating system was ported directly from smartphones, ie all the icons – it looked like on smartphones. And it was quite ridiculous.

In September 2010, the company has done what she could do well: to create a device that is different from other products, and was also something new for the market. She released a 7-inch device that felt and looked like a large smartphone.

There was a pre-installed with Android 2.2 gadgets from Samsung. The plate is equipped with display with resolution 1024 x 600 pixels, which officially did not yet supported. Thanks to Hummingbird and video accelerator PowerVR SGX540 HD-video played back without any problems. Meanwhile, Samsung had already hit the mark with a diagonal display, which for a long time and to this day for many is ideal when it comes to tablets. And probably no Galaxy Tab, we would not have witnessed the launch of the Nexus 7 or iPad Mini.

The fight against Apple 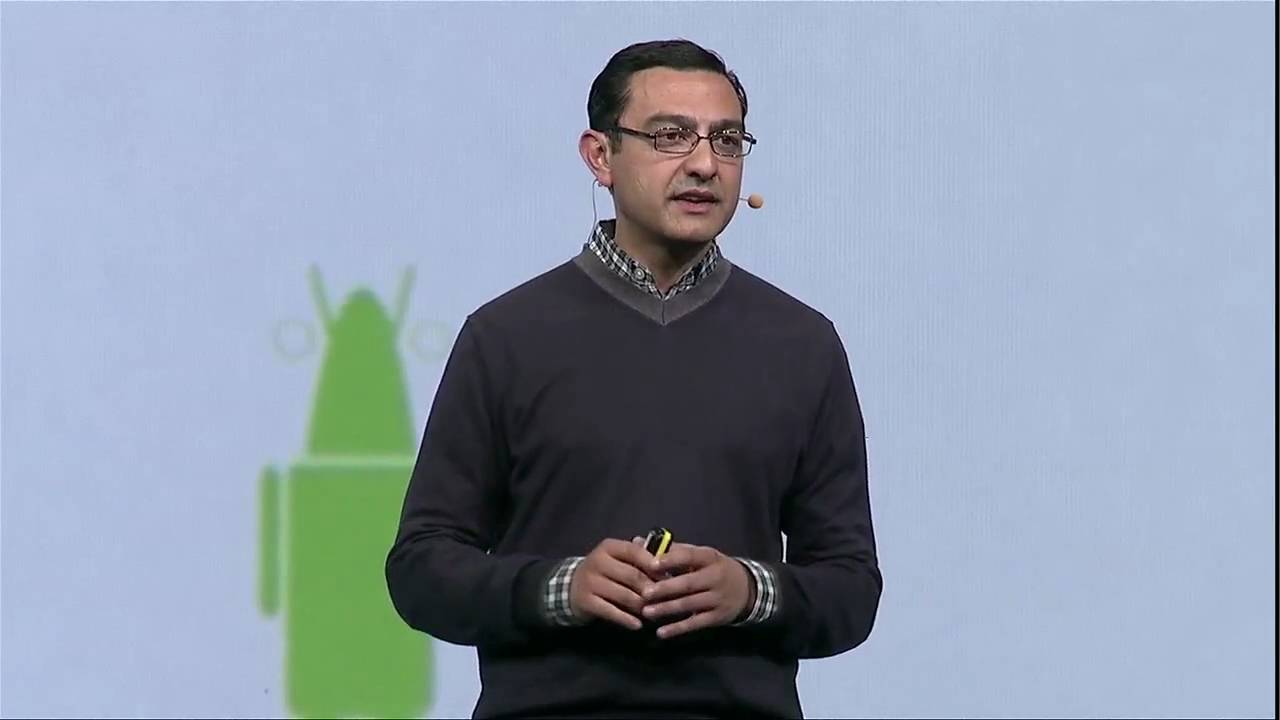 If anyone does not remember, at the time Google is a partner of Apple, providing iPhone mapping service Google Maps, however, the relationship itself between Google and Apple have been quite tense. They were fighting for the lead in the market. Neither Google, nor Apple has not acknowledged the full cooperation. Google needs were vassals how and Apple. Therefore, Google aims to establish its operating system, in the meantime, Steve Jobs saw in Android-smartphone copies of iPhone.

Walter Isaacson in his book about Steve Jobs mentioned that anger, which came to Apple CEO after seeing HTC Nexus One, which – as he believed – especially copied the iPhone.

« I will spend my last breath if necessary I will spend every penny of Apple in the budget of 40 billion dollars to correct this error. I’m going to destroy Android, because it’s a stolen product. I am willing to start a thermonuclear war ».

With that said, we have not witnessed an open war with Google, but with the help of Apple’s patents greatly complicates the life of other market participants in the name of HTC and Samsung.

Conference Google I / O 2010 became a new stage in the confrontation between Google and Apple. On the second day of the conference, Google vice president Vic Gundotra – as well as the creator of Google+ and founder of the conference Google I / O, which in 2014 left the company – came on stage to introduce Android as an alternative to the totalitarian future, the head of which is Apple and Steve Jobs:

«If Google does not act, we will face a bleak future – a future where there is only one man, one company, one device, one operator, who will become our the only choice. This is the future that we do not want ».

With these words, could not agree more. Without the Google Market would be faced with a tough monopoly fight that would have been using the antitrust laws.

Currently, Gundotra publishes photos to Google+, which filmed on iPhone 6s and 6s Plus.

Gingerbread and the Nexus S

In December 2010, out Nexus S running Android 2.3 Gingerbread, the update has brought in a lot of visual changes, as well as support for NFC, improved performance and management of applications. In spring 2011, an updated version of Gingerbread gained native support for the front camera.

On the appearance of the interface Gingerbread influenced designer Matias Duarte. Android 2.3 can be called the most long-lived and popular version of Android. It was at 2.3, work began on the copy and paste text. Even after the release of Android 4.0 ICS, many manufacturers are still releasing products based on Android 2.3.

As for the Nexus S, the device in the case of the materials the body took a step back: here people are rewarded only with plastic. Based on the Galaxy S Nexus S equipped with a processor Hummingbird, SuperAMOLED-display (prefix «Super» means a significant improvement in technology). As in the case of the Nexus One, Nexus S has not received widespread popularity, but as a means to demonstrate the technology, both hardware and software, it approached more than ever.

The history of Android: prehistory. Part 1

The history of Android: the first steps. Part 2