Pokemon GO popularity of the game has made it very popular among cybercriminals. Technically-savvy citizens spread across her Trojans in the third-party app stores, and prefer to act the criminals lure victims to secluded places and robbed in the real world. Following the report from the company ESET Google removed from its store multiple applications with malicious code claiming to communicate with Pokemon GO.

The application Pokemon GO Ultimate promised access to the game, even in those countries where its official release has not yet taken place – that is, outside the United States, Australia, New Zealand, Germany and the UK. Those wishing to download this program found Mezhuyev 500 and 1,000 people. 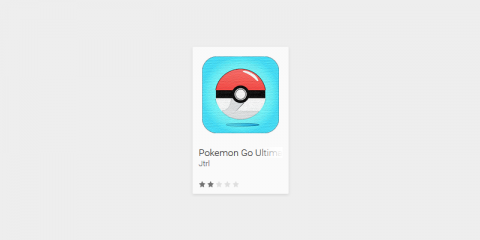 By installing the application, no game users do not receive. Instead, put PI Network program icon that appears on the home screen. When you click on it the screen is locked appeared window, which only allows you to remove the restart. Often, a reboot is not possible because of the outbreak of malicious activity application, so it will take to remove the battery or to use Android Device Manager.

Of course, just because of the Trojan will not be able to escape. The icon will disappear from the home screen, but the program will run in the background, opening adult sites and clicking on the advertising banners. The program you want to remove in the system settings

The other two applications are dangerous Guide & amp.; Cheats for Pokemon Go and Install Pokemongo. They promise cheats for the game, but instead deliver advertising and subscribe to paid services. First established 100-500 people, the second is much more – 10000-50000 users