This week will be rich in news and announcements in the first place, thanks to the IFA and related activities. But the current issue of the digest, on the other hand, will be much shorter than usual. Discuss IFA today makes no sense, it is necessary to wait until the end of the exhibition, so let’s talk about what happened to her. All new items will discuss next week, when the company will show us all that planning.

Every year the releases of new versions of Android are quieter and more discreet. No separate events, presentations and things like that – just information about the release on the official website and begin sending updates. Even the new Nexus will be presented later, after Android 7.0 «fly” on the device of past generations.

Someone complains that follow the development of Android is becoming boring, there is nothing new in the system and Google does not appear so lazy that even to hold a separate event is not able to honor the release. But me personally, this approach appeals to the contrary.

Recently, we’ve learned that companies from every trifle arrange a show for hours talking about the “exciting innovation.” Presentations and announcements become an end in itself, a way to shine again on the pages of specialized editions and once again remind ourselves users. As expected the show does not take place, many are lost, accustomed to evaluate the significance of the event by the number of spent funds on his presentation. And the company, and we along with them slowly began to forget that pride is the work done, and not devoted to her party. And to celebrate the end of each work project or to arrange corporate events to mark the end of the working week, to put it mildly, not necessarily. 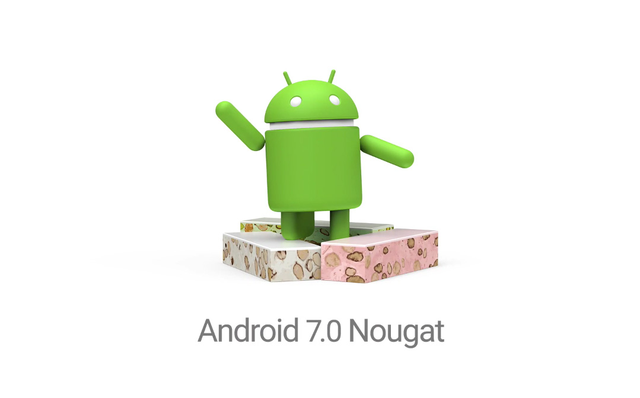 Android 7.0 has become the Google OS another step forward on it worked well, adding a number of prominent and not conspicuous improvements to the user. Nobody is trying to pass it off as a new word in science and technology, it’s really evolution, not revolution. But then we must understand that revolutions happen at best a couple of times in the decade, and the normal operation lies between them. The long, sometimes difficult and from the perspective of an outside observer boring and totally uninteresting. But this is life, not a fairy tale for children, there is no other way. Pluck frenzied applause of his every action is only capable of a good comedian or a circus performer, but they have to do to work hard for days on end, just the viewer does not see it.

Android 7.0 will be discussed in a separate article, which will appear soon Online. Among the main innovations are the support system Vulkan API and Daydream, feature fast boot Direct Boot, extensive work with notifications, an improved backup system support high-grade scalability and multi-mode.

Interestingly, the first smartphone “out of the box”, which received Android 7.0 Nougat, will not the Nexus, and LG V20. What Google says on the official website, to learn about the innovations in the new OS. smartphone Announcement expected on September 6 in Seoul on September 7 in San Francisco . According to preliminary information, it will get 5.7-inch QHD-screen, Qualcomm Snapdragon 820 processor, 4 GB of RAM and 32-bit Hi-Fi DAC (Quad DAC) from the company ESS Technology. Also worth noting is a secondary display located just above the main screen, which is clearly visible on the leaked render.

The old phones Google Nexus line, such as the Nexus 4, Nexus 5, official update will not receive. But too much sorrow to their owners is not necessary – after only a few days after the release of Android Nougat on XDA began to appear his first unofficial assembly, adapted for old phones enthusiasts. However, at the moment they are in the beta stage and still contain a number of bugs and serious shortcomings. 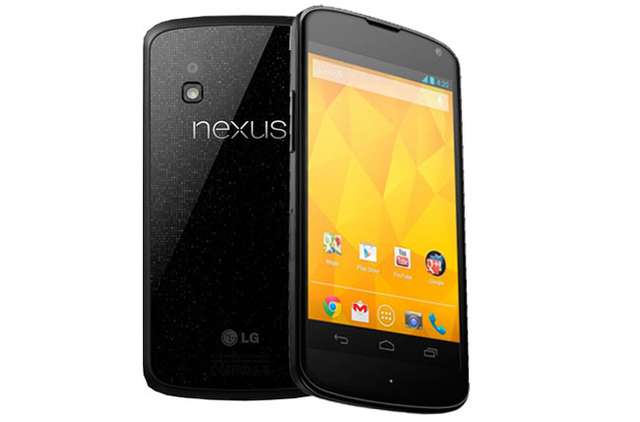 at the same time enthusiasts have launched a new Android another pile of a variety of devices, including the Raspberry Pi 3 mini-computer. of course, the system is far from stable, and adapted to the large diagonal of the screen is mediocre, but the fact is pretty funny.

Prior to the announcement of the new iPhone left nothing at all, Apple has already begun to send out invitations to the presentation. It will be held a week later, on 7 September. 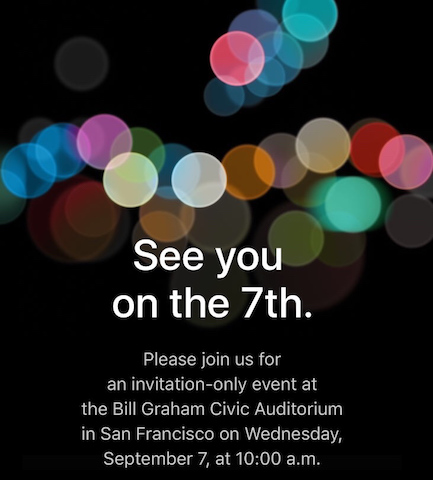 Usually, a week before the presentation of news rumors of the new iPhone are beginning to run on the network twice as fast. But this year, all a little different – not so much discuss the model of the year, how many iPhone 2017. A new wave of rumors triggered publishing Bloomberg, saying that the device is, firstly, may lose the physical “Home” button, and secondly, get bent screen. In principle, nothing new we have not heard, this information was walking across the network before. But controversy still flashed with new force

The main argument of opponents of Apple is very simple -. Curved screens and now nobody will be surprised, and a year later they will not use just lazy in their vehicles. So, the “apple” company once again acts as a catch-up, no innovation does not even smell here, and generally, Apple’s “is not a cake».

It’s time to remember that the company from Cupertino is rarely acted as pioneer. iPhone was not the first touchscreen phone, the voice assistant existed long before of Siri, a fingerprint scanner found in mobile technology at a time when its production of Apple’s nobody even thought about it. Even the plates, which “invented» Apple, existed at the time of Windows XP.

But with all of this “apple” products are still strikingly different from their predecessors, not so much due to the technologies used and supported functions, but rather because of the ideas behind them. Do not pay attention to it – the same as to assert that the modern Mercedes cars do not differ from the “Moskvich-412″. No matter how reviled commentators, iPhone still shared history of mobile phones into “before” and “after”, of Siri opened a new era of voice assistant, and the iPad turned the idea of ​​the plates upside down.

Whether Apple will once again take a long-familiar tools to create and use them to something really striking and unusual? Previously, the company succeeded, but the latest devices such as Apple Watch or iPad Pro slightly marred her reputation. Not even because frankly turned bad or unsuccessful. And just for the reason that there is nothing unusual and interesting things they do not, on the respective devices based on Android, they differ only in the operating system. Fans mark says that the iPhone 2017 will consist of one continuous screen and will appear so that the Sharp Aquos Crystal designers begin to sprinkle ashes on his head. Dream about the case with self-terminals and invisible to the eye. It is hoped that the iPhone 2017 will be the first bendable smartphone. If something like that happens, the blame Apple’s “copying Samsung» anyone and would not come. But if all that they will be able, this smartphone with slightly rounded edges of the screen, then the company will collect all the bumps. And deservedly so. 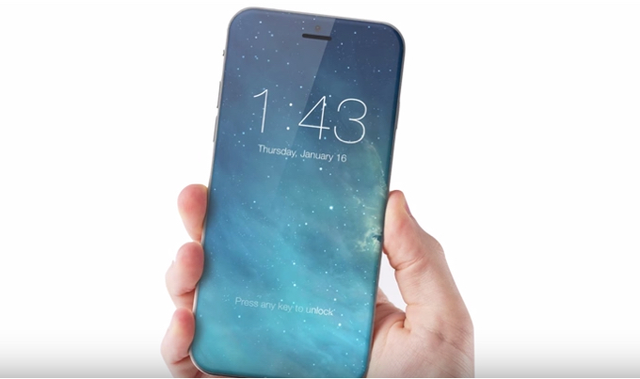 For the millions of people around the world mobile electronics, there was a god who, year after year to work miracles. Contrary to everything: to analysts, the actions of competitors, the basic habits of the audience. And he will forgive and forgive anything, because the gods by human standards are not judged. But it will last only as long as it does not allow to doubt his divine essence. Once miracles is over, God immediately declared a heretic, an impostor, a fraud, vile who took someone else’s place. Their fate was sad at all times.

Speaking of flexible displays, not to mention the latest development of Japanese scientists from Electronic Functional Macromolecules Group. Their flexible screen can be easily cut with scissors, and it will still continue to work. On the screen efficiency also can not worry, it’s built on technology-like E-Ink, and can display images even in de-energized state.

The current version of the screen is small and only supports a single color, but this is just an early prototype. Hopefully, the Japanese scientists will be able to overcome these limitations in the future. For applications such display weight – wearable electronics, “smart” clothes and items for the “smart” home and a whole bunch more